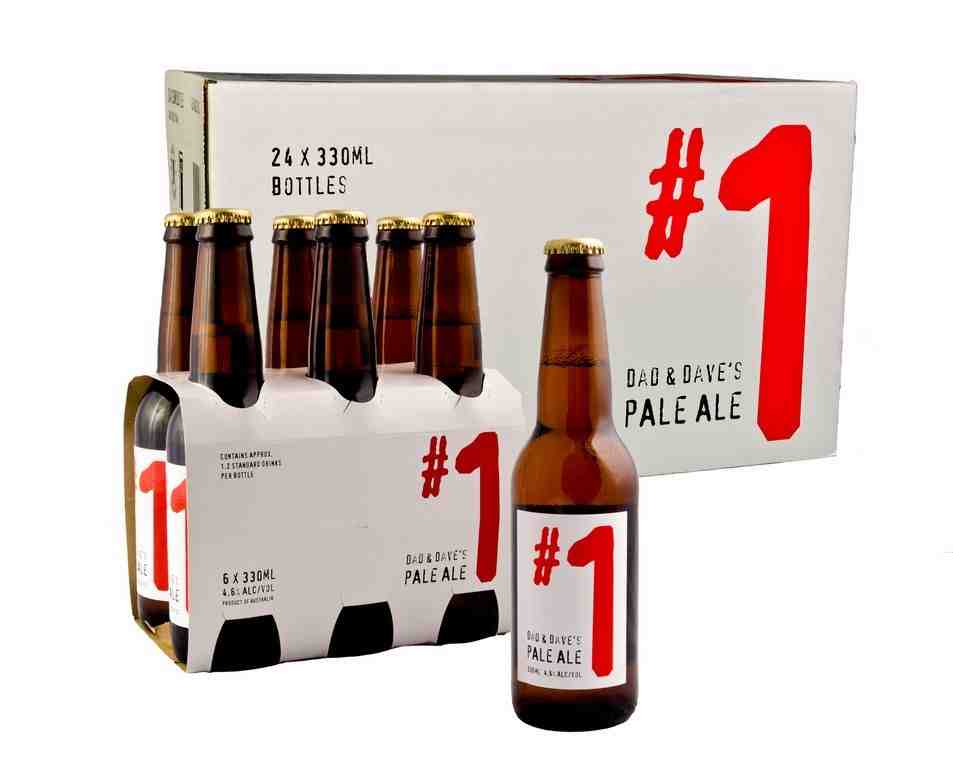 Crafting a refreshing dining experience starts in the Garfish kitchen

Here at Australia’s Best Seafood Restaurant* we are always looking for ways to improve the dining experience. We’ve long recognised the difference a well matched drink can add to a meal, so when the opportunity came presented itself to add a unique new craft beer to our menu, we were quick to act.

The opportunity came in the form of one of our long standing staff members, Dave Dumay, a chef de partie, in our Manly kitchen. Since joining the team in late 2006 as an apprentice chef, Dave qualified top of his class in 2010, and staying true to our award-winning atmosphere, was awarded Apprentice of the Year in 2009 for the Northern Sydney region.

Dave’s passion for brewing grew from humble beginnings. He explains, “I started making my own beer back in 2007 because, on an apprentice wage, a case of beer represented a large chunk of my weekly pay. The $13 brewing kits you can buy from most supermarkets seemed like a great way to save some dollars.”

Curiousity soon took over. Enlisting the help of his father, who in earlier years had dabbled in brewing, they started experimenting with different grains and hops. They then discovered an introductory brewing course offered by Ballarat University, which was a weekly course of in-depth learning on brewing processes and the industry.

This was when serious investment and the seeds of a new business idea took hold. “After attending the course, we purchased around $5,000 of homebrew equipment and enrolled ourselves in Ballarat University’s 2 year Graduate Certificate of Brewing. We became convinced that starting our own beer company was the thing to do.”

Dad & Dave’s #1 Pale Ale is the company’s first offering and came about when they identified the need for a simpler craft brew in the marketplace.

Dave explains, “Through our research, we found that many beers use multiple grains, specialty malts and hops which can confuse flavours and make the beer quite heavy to drink. So the logical solution to us was to use one malt and one hop variety to make a simple beer, which was full in flavour and easy to drink.”

Not only is the #1 Pale Ale easy to drink, the beer has a surprisingly fruity and fresh flavour and aroma, which becomes obvious when Dave explains the origins of the beer: “The hops we use are grown in the Nelson region in New Zealand and are quite unique. They have a similar flavour profile to Sauvignon Blanc grapes, which give a fruitiness to the beer and aromas of passionfruit and rockmelon.”

Dad & Dave’s Brewing have future plans to release two more signature beers to their range, tipped to be an Organic Lager and an Oaked Porter, with the possibility of making some seasonals down the track. 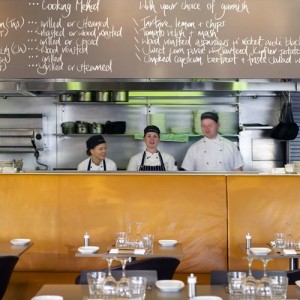 In the meantime, you can still spy Dave working hard in our Manly kitchen, while he balances the demands of setting up his own brewing business.

He happily credits Garfish with helping him to reach this point, saying, “Garfish have always encouraged my willingness to learn and have helped me to become the chef I am today. They gave me a helping hand while I was attending University and now being able to stand in the kitchen of one of the top seafood restaurants in the country and see my very own beer being served to diners is extremely rewarding.”

What advice does Dave have for budding brewers? “Go to school. It was the best thing I ever did and it made me a much better brewer. It also helps with bragging rights saying you have a degree in making beer!”