There’s been a lot of entries since starting our Share & Win promotion in December. We’ve been asking our guests to send in photos of their time at Garfish. Each month we choose a winner and they’re awarded a $100 dinning voucher.

And the winner is!

It was a tough call for December but we’ve gone with this great photo sent in by David Ash. His son (I think!) certainly looks like he’s had a good time with the Snapper from the Manly menu.

This before and after series says it all. 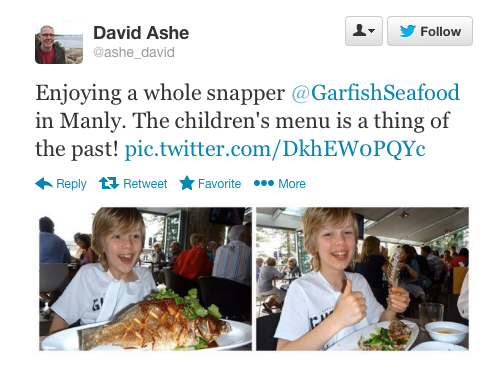 You too can win!